Let’s play the regret game. Let’s be old farts. Let’s miss the old days, when showbiz was magic, when cars were cars, when stars were stars.

Yep, while the stars of the 70’s and 80’s were actually stars –understand: when they had the talent of raising a new question to answer yours-, the social network-born bands of the 2000’s are desperately behaving like your next door neighbour, yeah the one who asked you for some salt and talks about his new Facebook picture every now and then.

The tickling Would you let your daughter marry a Rolling Stone? belongs to an era where stars were stars (I already said it? Yeah, but I’m an old fart, so I’m allowed to quote myself) and starfuckers weren’t bridled by the blandness of rubber yet.

The sad fact that a high percentage of nowadays bands run their image like would a second-zone cover band do (call to language teachers: second-zone cover band is a typical example of pleonasm), is a sign of the times or –more wisely noticed- the result of a desperate lack of hunger in a spoilt society. Fame is just a click of ‘like’ away now. Would you let your daughter ‘like’ a Narcotic Daffodil on Facebook?

Because, like it or not, the Narcotic Daffodils are no exception to the transparency rule. They belong to the no-mystery period of those modern times and swim into it with the joy of an obese kid suddenly pushed in a pool of warm chocolate: they explain everything clearly, are nice to the fans, leave nothing to mist and politely thank everyone for the wonderful accordion part, the oh wow extraordinary concert on that big stage or the friend that drew that superb artwork thank you we love you all. Sign of the times, nothing else. Nowadays music business has the boring rules of the condom-driven society: shhh, play safe or die trying.

As clear as mineral water: nothing to hide. Absolutely nothing.

However, although too clear and obvious to really deserve the misty ‘narcotic’ label, the Daffodils have an indisputable argument in their luggage: their strong, tasty and inspired songs. It was pregnant on their 2011 self-titled opus, and even more on the brand new thing called “Cellex”.

Music itself may not be what makes a musician a star, but to that point who cares? The Narcotic Daffodils at least know how to use their instrument and how to write, arrange and play a bunch of very decent tracks. “Cellex” has the elegance of not sounding overly nostalgic and avoids the trap of the 70’s-sound-a-like parody where the overrated Machiavel ridiculously failed year after year.

It’s a long way to the top…

Instead, the Daffodils deliver a rock-solid, timeless effort that still has the freshness and spark and most of all inspiration of what a more regular band would have released as a third, even fourth album. Unsurprisingly, the band seems tighter after 5 years of live performances, and what comes out is a pleasant album that contains little if no filler at all.

Although not as diverse in style as the band claims (so there’s a punk song here? WHERE?!), the songs of “Cellex” are smartly coloured in various palettes that makes the listen an enjoyable trip in a world where music lost most of its meaning.

Still, the Daffodils didn’t launch a new punk revolution, but after all, who did? Not even the Sex Pistols. Not even.

Something like 100 years ago, composer Hervé Gilles and Gilles Snowcat not only created the longest lasting confusion of the Awaken world (“how come Gilles can be a first and a last name? Who is who? Are they the same person?”), but also recorded a tune that would be on the then-new now-collector “Party In Lyceum’s Toilets”.

The news of today is that Hervé Gilles just released a LP, “First Day”, on the might CD Baby shop. 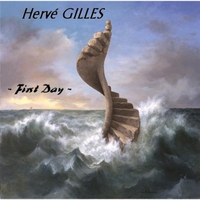 If you want to hear what good a real composer is able to do to your ears, “First Day” is obviously for you.

Hakim Rahmouni and Irène Csordas, the lads you hear every morning when you play your copy of “Mokomoko Collection”, also have a serious job: they co-lead the Narcotic Daffodils with a bunch of more or less grumpy instrumentists. 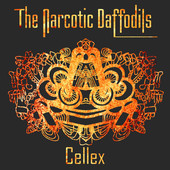 And that band just left the cosy studio with a brand new thing called “Cellex”, which is not related to the famous anti-aging skin care company, as far as we know.

Franck Carducci hasn’t played with Gilles Snowcat yet, and may never do so, but both have a common ground under the name of Nicolas ‘Nicozark’ Leroy, who plays on both “Mokomoko Collection” from GS and “Oddity” from FC.

The news here is that Carducci will stop in Belgium with his band to perform “Oddity” and other oddities on Saturday the 22nd of February. Here are the tour dates:

And last but surely not least, the volume 21 of the Video News from it’s Oh! MUSIC has just been released, featuring Ayaka, Armelle LC, Narcotic Daffodils and yours truly.

You know, if you click on the lady up there, she wil tell you some interesting news. Some cherry trees, a report from Holland by yours truly, a sushinterview of two Narcotic Daffodils, Mr Ko Sherman and MC MISAKI are on this special bangumi. 桜、桜！

Error: Twitter did not respond. Please wait a few minutes and refresh this page.